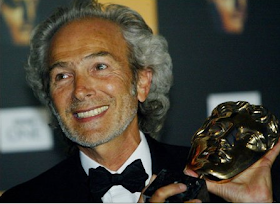 Pirates of the Caribbean. Burlesque. Evita. Just a few of the movies that featured the work of hairstylist Martin Samuel. Read on to find out how he first got into movies, the hairbrush he can't live without and so much more.

How did you first become interested in hair, and what led you to become a hairstylist?
I was born in England, went to school in London. Very exciting time -- beginning of swinging 60s and the hair and fashion revolution -- Mary Quant, Vidal Sassoon, Carnaby Street Fashion. I was fascinated with Hollywood movies and all the fabulous hairstyles, mainly created by Sydney Guilaroff who was a brilliant movie hairstylist of the period. This combination contributed to my wanting to be a hairstylist.

I started off in Salons in London, Paris and Spain and eventually became the creative director of Crimpers Baker Street, the first unisex salon in London. This was a very exciting time as The Beatles had also opened their store in Baker Street called Apple and the whole town was buzzing. As I was a creative director, my job was to promote the salon by doing photo shoots with photographers. I loved this and having worked in salons for 10 years, I found my niche and went freelance, which lead me to working with more photographers and production companies doing commercials and videos and found my way into the film industry.

I loved the various hairstyles in Burlesque. How did you come up with the concepts for the various characters?
Julianne Hough we modeled on Ann Margaret with red hair and Kristen Bell we modeled after Dita von Teese with her dark brunette sexy look.

What are your top 3 hair products? 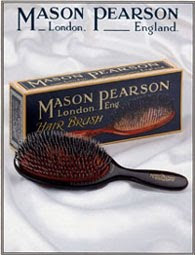 1)My favorite hairbrushes for long hair are Mason Pearson.

2) Sebastian Trilliant for body and shine.

What are your 3 top hair tips?

1) A good haircut to support your style, [whether it is] long or short. 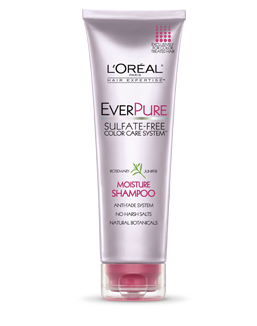 2) Good quality shampoo and conditioner used correctly, not under or over washed. L'Oreal EverPure is reasonably priced and available at most stores and I really think [it's] great.

3) Hairdryer or irons be kept on low heat as that is much kinder to the hair and doesn't burn the follicles.
Jamie at 5:07 AM
Share